The Death of the Cartoonist? Working on Living Creators by Barbara Postema

Comics studies is a young field in more than its academic standing. With the flourishing of comics production at the moment, it is also young in terms of its texts and its creators.

Many of the texts we work on are less than thirty years old, and in the case of my research they are often less than fifteen years old. With the obvious exceptions of certain established creators, for many of these texts the list of secondary works discussing them is quite short. There are countless comics to choose to write about, and it is easy to find comics that have never been discussed in an academic publication before at all. While comics studies has in many ways been reluctant to establish a canon of the comics we should all know, due to the choices scholars make in the texts they write about, if we were to gauge worthiness or canonicity by what is most often discussed, that canon is quite clear: a quick look at the comics and graphic novels most often discussed in journal articles and books shows the same names cropping up again and again–most notably Art Spiegelman, Chris Ware, Joe Sacco, and the British auteurs Alan Moore and Grant Morrison. In the case of newer artists, the only secondary literature available is most often interviews with the cartoonist, writer, or artist in venues like The Comics Journal. But even in that department, the lists of interviews will only be more impressive for established cartoonists.

The numbers of interviews with creators in works cited lists of academic writing also points to two more points regarding comics studies. First, as scholars we do often include interviews in our secondary reading, sometime even conducting them ourselves as part of our research, and secondly, many of the authors and artists we write about are living and thus available to be consulted in analyses of their work. But I think it is notable that comics scholars make a use of the creators as a resource. My own background is in English studies, mainly contemporary literature, and for better or for worse, during my studies I never thought of contacting Toni Morrison or Bret Easton Ellis for the research papers I wrote. As a contrast, on a comics studies discussion list that I am a member of, when a debate about the best ways to interpret certain finer points about a work gets heated, a tie-breaker of sorts is often “why don’t you ask the author?” In many cases, one could indeed do that, since the comics are recent enough and the creators still with us. Of course, in my view, the creator’s answer would not necessarily settle any point of interpretation definitively–it could settle certain facts, like when a comic was first made, matters of what inspired a work, or conscious references the author/artist was including. But in terms of what a work means…the creator’s insight would be only one amongst several.

The Conversations series by the University of Mississippi Press exemplifies the importance of interviews to research in comics: these books collect interviews with prominent comics creators, ones who have been discussed and interviewed often enough to allow for a selection to be made. There are 16 volumes in the series as I write this, including most recently one on Chester Brown–and none of these 16 are about women, I am sad to say, though I may have heard that a volume on a female cartoonist is in the works. It appears that comics scholars are interested in how cartoonists and comics authors perceive their own work. Maybe it is because the trace of the hand of the artist is so evident when you read a comic, allowing for the sense of a personal connection with the creator. Perhaps that is the reason why we (well, I as least) like to get our personal copies of graphic novels signed by their cartoonists, and why scholars want to include them in our conversations about their work. The recent Comics Forum theme month on Comics and Cultural Work shows another approach to making room for comics creators in comics studies, in this case by demonstrating the importance of being aware about how comics are made, the conditions under which they were created and circulate, or even just the basic awareness of the fact that there is a long process behind how the book we read comes to us.

If comics studies ever starts regularly publishing critical editions, like the recent Daniel Clowes Reader, edited by Ken Parille, this kind of information should certainly be included. And yet, does it make a difference to the interpretation of a work whether it was first put out into the world as a webcomic, and was only subsequently picked up by a publisher? Does it change our analysis of a work that one knows whether its creator had a day job or was a full-time cartoonist (see for example Kochalka and Brown in Conversation #2, as discussed by Paddy Johnston a few weeks ago). Until recently I would have said no, the work stands on its own, and while such contextual information can be interesting, it would not affect the work itself.

Then I finished reading Linda Medley’s Castle Waiting, Vol. 2. The final chapter begins with a scene where Jain, the main protagonist of the series, is in the castle library reading a story to her son Pindar to soothe him to sleep. She cuts the story short when Pindar has dozed off and finds herself surrounded by a crowd of sprites, engrossed by the story and angry she won’t finish it for them (443). They love the story so much that they threaten to attack the woman reading it and the library she takes care of out of disappointment in not hearing the rest (446). The situation is resolved to everyone’s satisfaction, but it reminded me of the troubled publication history of Castle Waiting, which had proceeded in fits and starts, had been repeatedly shelved, and in a most dramatic twist saw Vol. 2 prematurely published in 2010, unfinished and without Linda Medley’s name on it, to indicate that she had not agreed to this publication. Whatever the underlying conflicts were, it seems that Medley and her publisher were able to resolve them, and in 2013, Castle Waiting Vol. 2: The Definitive Edition came out. It is not necessary to know this backstory to enjoy the series, and indeed I know none of the details; and yet the little I do know gives the scene where Jain is attacked by the sprites an extra poignancy, since it may well represent emotions felt by Medley herself as she was trying to write this story. Here she was, having dedicated years of her life to creating a delicately drawn, beautifully realized world, and at the same time she had to deal with publishers setting terms for her work and fans getting impatient to hear what would come next. She may well have felt as ambushed as Jain did for doing nothing more than telling a story that people loved. 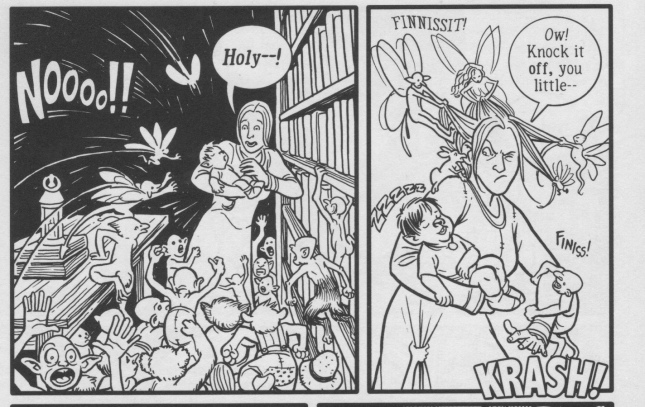 Figure 1, from Castle Waiting, volume 2 by Linda Medley. Image used with the kind permission of the publisher.

This story demonstrates that the material conditions and cultural work of comics, in this case Medley’s personal experience of getting her work published, are not interesting merely as background knowledge, but can be central to comics analysis. These conditions can indeed open new doors for textual interpretation. But I will not probe Linda Medley for an answer about the possible real-world origins for this scene. I think the interpretation can stand on its own, and in any case, I would be too star-struck to ask if I ever did meet her. Which again raises the question of involving authors directly in discussions of their work. Some creators have gone on record in depth about how they created their works. Art Spiegelman’s MetaMaus is an extreme and very impressive example of this. But this is not always necessary or even desirable. It can be problematic to rely on authors for answers about their stories: they may not actually know why they made certain choices in the work, or their answers may be so prosaic as to not really add any valuable knowledge. They may be resistant to discussing these kinds of questions, as reported reactions from Lynda Barry and Alison Bechdel during the symposium Comics: Philosophy and Practice demonstrate. And in some cases, questions could become so personal that it would be impossible to ask them. For example, Lynda Barry mentions in One Hundred Demons that parts of these stories are real while other parts are made up. She labels them “autobifictionalography” (5). While possibly interesting, it would be impertinent, even painful to ask which particular events were real and which were not, especially in reference to a story like “Resilience,” which deals with childhood sexual abuse. And would knowledge of where fact ends and fiction begins in any significant way add to interpretations of that text? On page 5, Barry answers a multiple-choice question she set herself, “Are these stories □ true or □ false?” by checking both boxes, and I think we can leave it at that.

Parille, Ken, ed. The Daniel Clowes Reader: A Critical Edition of Ghost World and Other Stories, with Essays, Interviews, and Annotations. Seattle: Fantagraphics, 2013.

Barbara Postema is a Postdoctoral Research Fellow with the Modern Literature and Culture Research Centre at Ryerson University in Toronto, funded by a grant from the Social Sciences and Humanities Research Council of Canada. She is working on a book project about silent comics. Postema has presented on comics at numerous conferences, including the MLA, PCA, and ICAF, and is currently serving on the Executive Committee of the Canadian Society for the Study of Comics (CSSC/SCEBD). She has published articles in the International Journal of Comic Art and elsewhere, and her book Narrative Structure in Comics: Making Sense of Fragments came out with RIT Press in 2013.

One response to “The Death of the Cartoonist? Working on Living Creators by Barbara Postema”