Symposium Report: Sugar and Spice, and the Not So Nice: Comics Picturing Girlhood

The digital symposium Sugar and Spice, and the Not So Nice: Comics Picturing Girlhood was launched on 22 April 2021 with a profound and personal keynote by Mel Gibson. Using herself as a case study she reflected on being a reader, a librarian, a scholar and an individual who, in a variety of fields, has represented non-standard notions of ‘girl’. In workshops for librarians, teachers and scholars, Gibson uses comics for object elicitation, allowing her to encourage others to reconsider themselves as child comics readers and the complex ideologies knotted up in this experience. Gibson’s work provokes the notion of the individual as a role model, a unique and precise representation with particular qualities, interests and passions. Using restorative nostalgia entails not just reflecting back on but, also, resisting shame and embarrassment, forgiving and accepting ourselves as the child readers we were. Gibson shows a respect for the powerful and evocative materiality of comics and offers a compassionate model for identity. Whilst speaking personally about comics reading, Gibson engaged with discourses of hierarchy, child development and affect, interrogating the simple truth that what we read is part of making us who we are.

END_OF_DOCUMENT_TOKEN_TO_BE_REPLACED

Posted by Annick Pellegrin on 2021/06/14 in Conference reports

END_OF_DOCUMENT_TOKEN_TO_BE_REPLACED

Who is Charlie Chan Hock Chye?

Verisimilitude and (The Act of) Reading 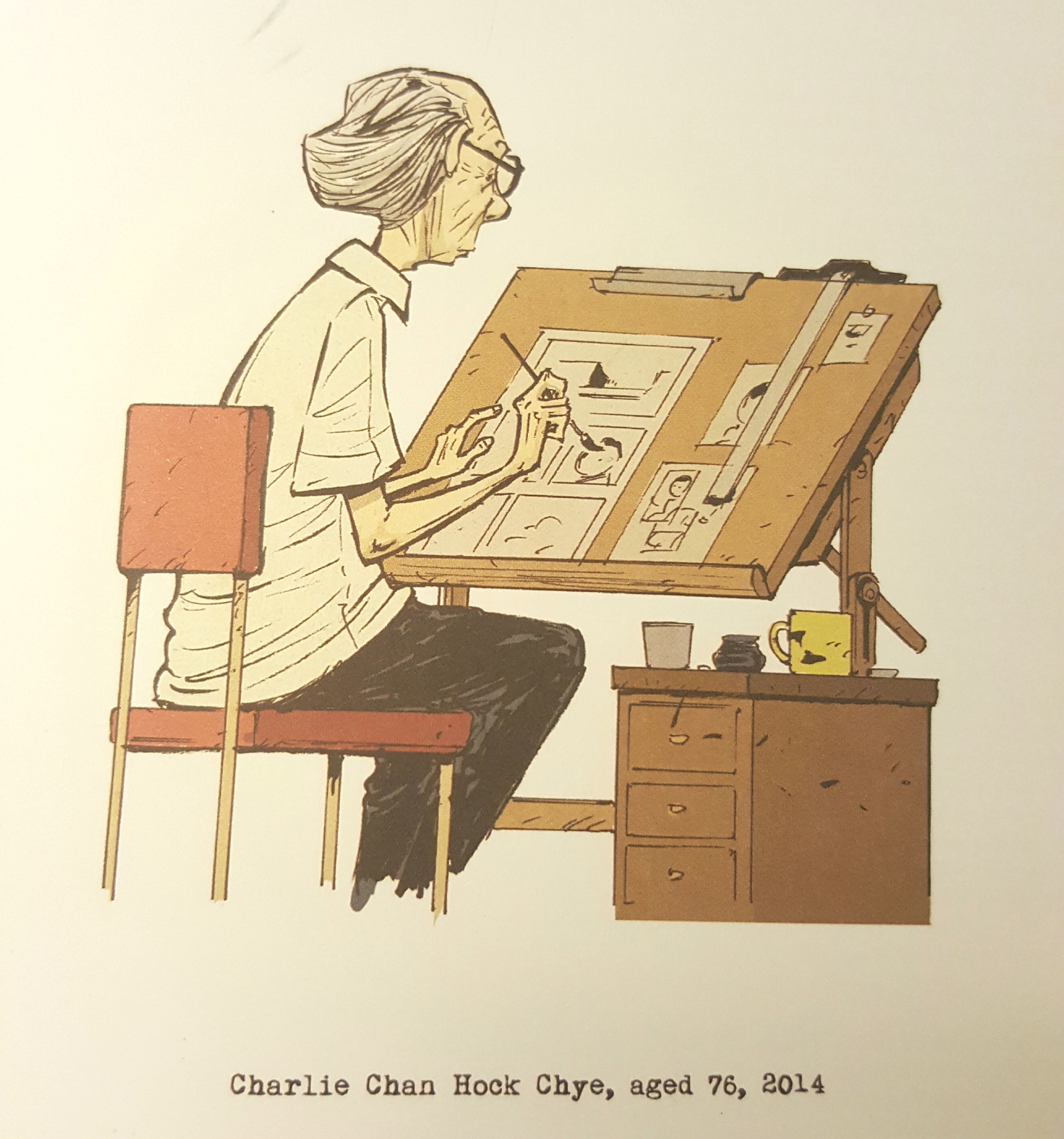 Singapore’s official version of history is primarily enshrined in the memoirs of Mr Lee Kuan Yew, Singapore’s first Prime Minister. Titled The Singapore Story: Memoirs of Lee Kuan Yew, the memoirs were originally published in two volumes in 1998 and 2000 and a memorial edition was released by Marshall Cavendish in 2015, the year of Mr Lee’s passing. Revisionist accounts that stand in opposition to this seminal publication attempt to fill what they see as a void in Singapore’s history: the voice of the opposition, especially in the narratives concerning nation building and independence. They exist in a myriad of forms and genres—film, scholarly publications, prose, poetry—and they seek to debunk existing narratives and proffer more balanced perspectives of history.

Some recent examples include academic publications like Comet in Our Sky (2015), that speaks of the alleged communist Lim Chin Siong and his role in securing Singapore’s independence; Tan Pin Pin’s documentary film To Singapore, With Love (2013); Jeremy Tiang’s State of Emergency: A Novel (2017); and Sonny Liew’s graphic novel The Art of Charlie Chan Hock Chye (2015). Tan’s film has been banned from being screened in Singapore while the latter two have had their grants revoked by the National Arts Council of Singapore (NAC) (Ho, 2017, Today Online 2015 & 2014). Although Liew’s graphic novel did not receive government approval, it has taken the literary world by storm. It became the first graphic novel to win the Singapore Literature Prize in 2016 and has garnered Liew six Eisner nominations and three Eisner Awards this year (Martin, 2017).

END_OF_DOCUMENT_TOKEN_TO_BE_REPLACED

Posted by Annick Pellegrin on 2017/09/26 in Guest Writers, Singapore