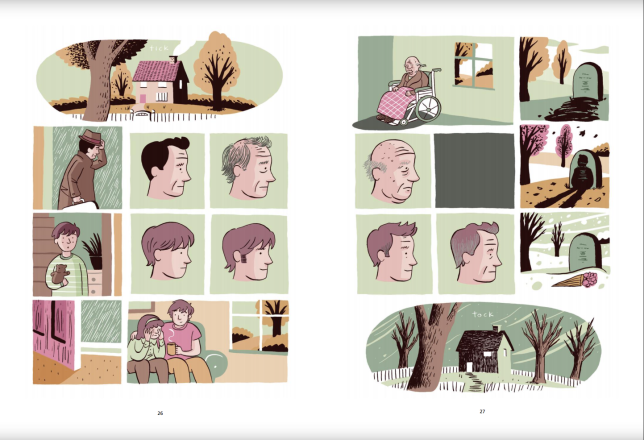 END_OF_DOCUMENT_TOKEN_TO_BE_REPLACED

by Fransiska Louwagie and Simon Lambert

On 13 March 2020 the University of Leicester hosted an International Symposium titled “Tradition and Innovation in Franco-Belgian bande dessinée” organised in collaboration with Wallonia-Brussels International. This one-day symposium – for which the progamme can be found here – was organised with generous support from the ASMCF, the Society for French Studies and the School of Arts at the University of Leicester.

The day was opened by Simon Lambert as Academic and Cultural Liaison Officer for Wallonia-Brussels in the UK, in conjunction with Fransiska Louwagie (University of Leicester). Keynote speakers were Professor Laurence Grove from the University of Glasgow and graphic novelist Michel Kichka, who also delivered a public seminar on his work. Across three panels, the day focussed on various forms of tradition and innovation in Franco-Belgian bande dessinée: the first panel was dedicated to “Revisiting the classics”, the second panel to “Contemporary perspectives”, and the final ASMCF panel to “Reshaping Franco-Belgian bande dessinée”. The closing remarks were organised as a roundtable session on collaborative international research projects.

END_OF_DOCUMENT_TOKEN_TO_BE_REPLACED

Posted by Annick Pellegrin on 2020/05/18 in Conference reports

END_OF_DOCUMENT_TOKEN_TO_BE_REPLACED

Vertigo, DC’s adult-oriented imprint, has been repeatedly praised for having ‘fully joined the fight for adult readers’ in the early 1990s (Weiner 2010: 10). It has been noted that this “fight” coincided with the imprint’s ‘adoption of the graphic novel format’ as well as ‘a new self-awareness and literary style’ which ‘brought the scope and structure of the Vertigo comics closer to the notion of literary text’ (Round 2010: 22). However, little attention has been devoted to the very cultural identity of the imprint, even if Vertigo has since its early days engaged in an intro- and retrospective discourse on the American comics form, its history, and the power relations inherent to its industry. This short essay intends to start filling that gap by investigating Vertigo’s archival impulse. It argues that in deploying various rewriting strategies which engage with specific past (comics) traditions, the label has activated a unique memorious discourse that provides a self-reflexive and critical commentary on the structuring forces of the American comics field, its politics of domination and exclusion, and hence its canons.